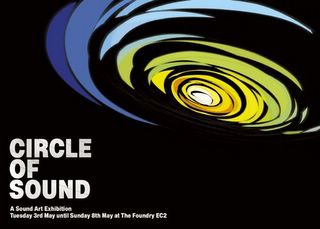 
Curated by Magz Hall and Jim Backhouse who produce and present
You Are Hear aired on Resonance Mondays 8:30pm - 10pm
www.youarehear.co.uk 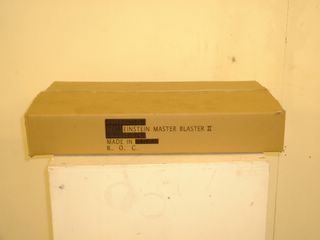 Whats in the box Sharon Gal's and Moshi Honen - Solipsist 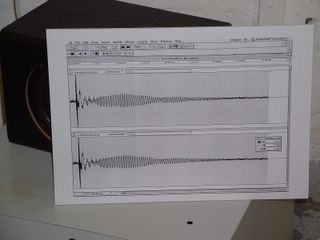 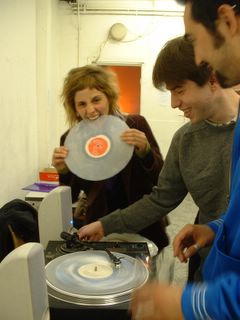 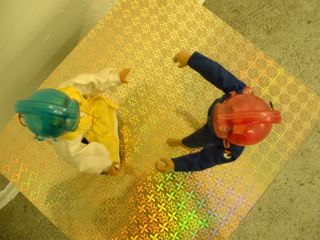 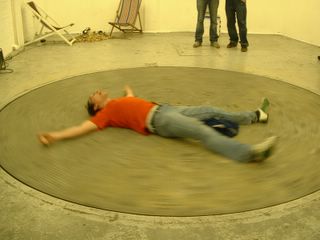 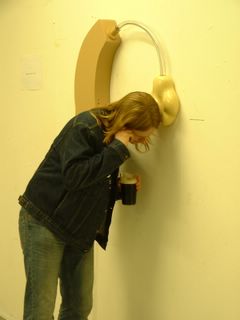 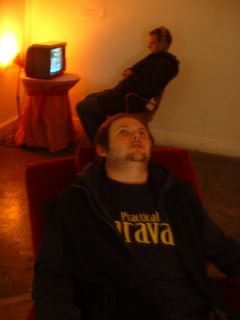 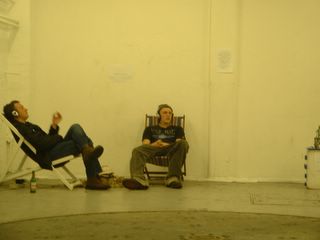 chilling to the Fear of Death 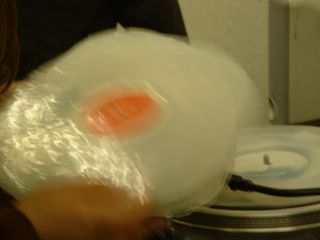 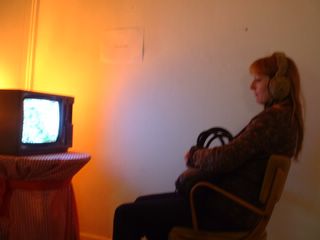 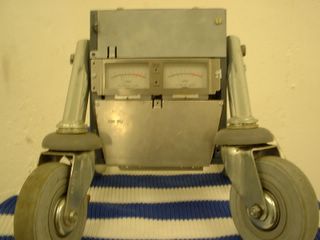 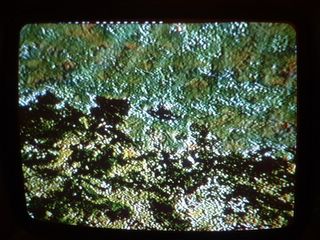 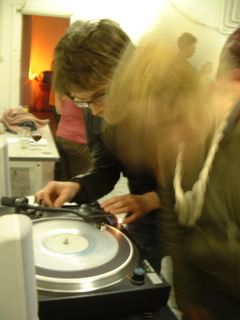 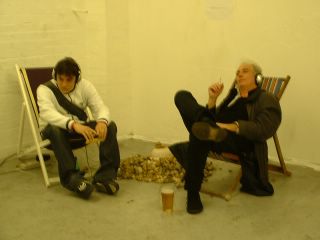 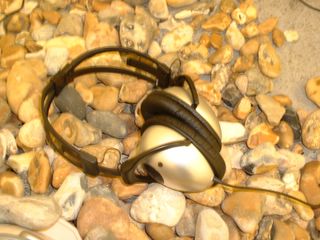 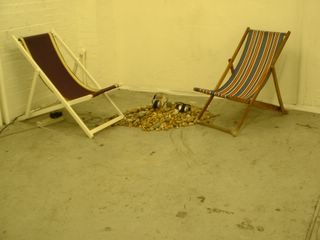 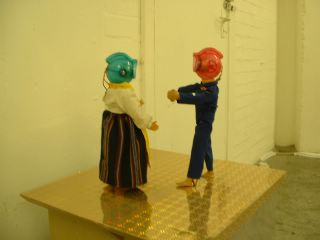 Dj Wrongspeed "I love you" 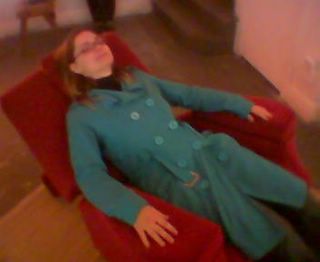 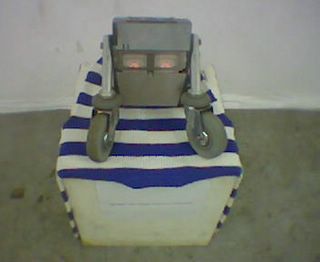 Dan Wilson's Phase Violations Upon a Boxful of Disappiontment

All ten artists in the exhibition produce programmes on Resonance 104.4FM London's
only radio art station.

Jason Synott's new work created for Circle of Sound is a 3' replica of a hearing aid, housing a 12" speaker.
The visitor must usher near to hear the sound-work
which has 100 people talking about the one question they would ask god if they were able.
Jason Synott is an Australian artist who curated the Resonance "sell out" exhibition which featured Gavin Turk and Bill Drummond selling 100 artworks in 20 minutes for £9:99 apiece.
He has been acclaimed in 2005 for his design work on short film The Banker which won a BAFTA this year.
He is a regular contributor on the Foundry's "Late Breakfast Show" programme aired on Fridays at 12 noon on Resonance FM.

Stop. Relax. Drop in. Come be transported by delicious sounds vibrating and circulating your body as you lie stretched-out in Kaffe Matthews' huge red velvet sonic armchair. With nine speakers immersed in plush upholstery, the music emerges through the fabric, defying gravity, perverting time, taking the listener away.

Kaffe Matthews has been making and performing new music with digital gadgetry all over the world for the past ten years. She is best known for her live sampling performances of events and places. Recently she has collaborated with Mimeo, Christian Fennesz, Jon Rose, Pan-Sonic, Butch Morris, Hayley Newman and has just returned from experiments in the Australia desert with Australian wire musician Alan Lamb.

The piece "Rorschach Audio" will be shown alongside "Theophany": it is a psychoacoustic research piece set in text and picture panels.

The subject of research into allegedly supernatural "Electronic Voice Phenomena" is considered in the light of anecdotal reports and experimental studies of related aspects of human auditory perception. "Rorschach Audio" offers the primary hypothesis that an understanding of the relevant aspects of psychoacoustics provides a complete explanation for most EVP recordings. "Rorschach Audio" emphasises the influence that little-known wartime intelligence work with SOUND had on one of the most important works of VISUAL arts theory ever published - "Art and Illusion" by E.H. Gombrich, and offers a secondary hypothesis that an informed understanding of illusions of sound is as relevant to understanding the emergent field of sound art as studies of optical illusions have historically been to studies of visual art.

The Guardian commented that Disinformation "create some of the most beautiful installations around", and The Metro newspaper described Disinformation as "the black-ops unit of the avant garde".

'Theophany' was originally exhibited at the V&A in 2001.

Sea, gulls, carousels, amusement arcades, ancient cooking oil, non-brewed condiment, shiver-me-timbers, kiss me quick, oh I do you like to be beside the seaside.

Salvaged and recycled from a shipping container installation using chance compositional processes, found objects and concentrated smells to present an idle drift through the diversions and side-shows of theme park Brighton.
For Brighton Rocks, Magz revisits an earlier sound installation originally exhibited in a shipping container in 2000 at the Noorderzon Festival, Gröningen, Holland.

Brighton Rocks was originally a four speaker sound installation originally exhibited in a shipping container incorporating field recordings, a slide show, stones from Brighton beach and the smell of vinegar and chips.

Fear of Death (2004)
is a new sound piece focusing on the transcendental flight of the subconscious mind in controlled environments.
Exploring the inner fear that lies beneath the normalisation of aeroplane travel.

The listener is taken on an environmental sound journey: flying high over Malta and Italy to a Parisian chapel and park and into the heart of the Pompidou Centre. However, the tourist’s apparent freedom of Paris is not what it seems. The sublime peaceful environment offered by a city church, is ruptured by a phantom choir on a tape loop played on repeat, a teacher controls children like dogs by a whistle in the park and the heart of the Pompidou Centre is a giant sculpture beating a mediated version of life while visitors walk through.

Magz Hall is a London based Radio Producer, DJ, Musician and Sound Artist. She is one of the founders of Resonance 104.4fm and produces and presents the weekly live sessions and arts programme You Are Hear on Resonance, broadcast on Mondays at 8:30pm. In 2003 she released Flat Pack Antenna a conceptual record to raise funds for Resonance 104.4 fm featuring 29 artists.

Magz has been working as a Radio lecturer at Thames Valley University and is researching for a Phd on Radio Art at LCC.

Hong Kong Airport
In 2000 she produced a 16 speaker B formatted ambisonic soundtrack for a film installation of Hong Kong Airport with 3D sound imaging, exhibited at The Sainsbury Centre for Visual Arts and in the British Museum (2001) as part of the Exploring the City architectural exhibition on the Foster Studio.


Controlled environments is a running theme through out all of my sound works to date from Hong Kong Airport to the shipping containment of Brighton beach and currently in-flight and around Paris.

"When I stand in the middle of the circle, in the empty rectangular room, looking at the empty walls I think of every drama that has been enacted over time on this site.....

A well that lies metres below my feet, the small pox treatment once freely administered instructed by the sign of the swan that adorned the front of the building...
A bar that wet the spice worker, night worker and city loafer - each card hand lost and won, as the curfew bells rang in from Cheapside.....
The gold bullion that graced this space in its entirety, the care and security that had gone into handling that gold... The bank manager, counter staff, each customer....
The sirens that intermittently scream, voices that trail. . . .Every DJ, performer, improvised dancer, film preview, modeling assignment, painting, sculpture, photograph, television drama, music video shot, each person that made them and their audiences...that all once stood on this spot

When I stand in the middle of the circle, in the empty rectangular room, looking at the empty walls I think of every drama that has been enacted over time on this site.....
IT'S LIKE STANDING ON AN EMPTY STAGE...."

Tracey is the co-owner of the Foundry: a bar and gallery space in Shoreditch, East London where on Fridays Between 12-1pm she co-produces with her husband Jonathan and hosts the Foundry's Late, Late Breakfast Show on Resonance Fm. March sees her begin another radio programme, a joint project with her sometime collaborative partner Bill Drummond.

Tracey was one of the ten artists in the Resonance 104.4fm 'The Art of Listening' exhibition. Her work consisted of sonogram prints (voice portraits) of Tony Benn taken from extracts of two of her radio shows where Tony Benn appeared as her guest. She will be recording the main room every evening for half an hour from 9:30pm and streaming it live on the web.

The Solipsist is a new work for the Circle of Sound exhibition, consisting of a self playing modified keyboard, emitting spontaneous machine music resulting from a short circuit. The solipsist plays an infinite and self generated musical piece.

Sharon Gal is a cross-disciplinary artist, performer and musician; Moshi Honen is a musician and an instrument maker. Both have been active on the London improvised music circuit for many years, and are currently members of the London based electric improvising trio Voltage, with Dennis Austin on drums and percussion.

DJ Wrongspeed - 'I Love You'
DJ Wrongspeed is most celebrated as the renegade producer of Pirate Flavas, Resonance's weekly digest of London's illicit pirate radio underground, the only programme on Resonance FM ever to be banned by the authorities!
DJ Wrongspeed's new work for Circle of Sound promises to be a 'Sound Doll spectacular'.
It features two dolls with speaker heads which converse using excepts from conversations of pirate radio broadcasters recorded by Wrongspeed for his pirate radio show Pirate Flavas.

"The worn-down grooves on my collection of vintage rave 12"s are the spiral-engravings of the record's every consecutive play, the sounds of the surrounding environment imperceptibly etched by the needle on the surface, each step further down the 'signal-noise' ratio an additional sedimentation of history.
This sound installation aims to bring to the surface the hidden voices locked into the ruptured plane by a variety of arcane methods"
Jim Backhouse can be heard co-producing and co-presenting You Are Hear (Mondays, 8.30 PM) and as part of the Kosmische (Tuesdays 10.00 PM) collective on Resonance FM. www.kosmische.org/
Jim has produced several records made of PVA glue. They play in reverse from the middle out and each has a unique inprint of his favourite records.

Dan Wilson's new work consists of two analog VU meters flashing, flapping on/off digitalesquely, slowing going out of phase and returning, etc. These are coupled to an array of circuit-bent personal alarms, pitchbent to produce ultra-high blips when triggered. it is not a particularly loud or intrusive piece and has the faint whiff of a broken neon light.

He is an avid circuit-wrecker and some-time flaneur, although he purports to be unaware of what that means. He specialises in producing and submitting unsolicited art, or 'gallerycrashings' and engaging in the arcane practice of tape-dropping as a novel and surreal method of music distribution.

"Tape-dropping is a nice exciting method of music distribution that has its roots in the historic medieval pastime of twig-dropping; leaving oddly shaped twigs around the courtyard to freak out the superstitious. Whether they be gentry or serf, it mattered not."

He is producer and presenter of The Hellebore Show and Epistaxis Time on Resonance 104.4 FM, programmes which consist of nonsense, poetry, general musings, stuttering and stories all interspersed with his own music of varying quality.

"Every year the rubbish mountain grows. Every day, perfectly useable items
are being thrown away, unnecessarily replaced by more fashionable
successors. Finding beauty where nobody cares to look and listen, Iris
Garrelfs has created a sound based environment around recycling issues.
Originally commissioned by Watermans Art Center in 2003 and created from
sounds and sights in and around Brentford, for Circle of Sound Iris has
recycled the material into a stereo film for ducks and water-based cultural
artefacts."

Iris Garrelfs is best known for her emotive, improvised glitch-tech
performances based around electronically manipulated and digitally warped
voice sounds. Transmuting, combining and making collages, she has performed
around the world. "Garrelfs's divine caressing tones floated over the
audience. Garrelfs's voice swelled up into vast cavernous echoes, sweeping
the audience with it" (The Wire)

Iris is also co-organiser of the long established Sprawl club, promoting experimental digital sound by international artists. Together with Kaffe Matthews, she hosts the monthly Field 61 show on Resonance FM.


Curated by Magz Hall and Jim Backhouse who produce and present
You Are Hear aired on Resonance Mondays 8:30pm - 10pm